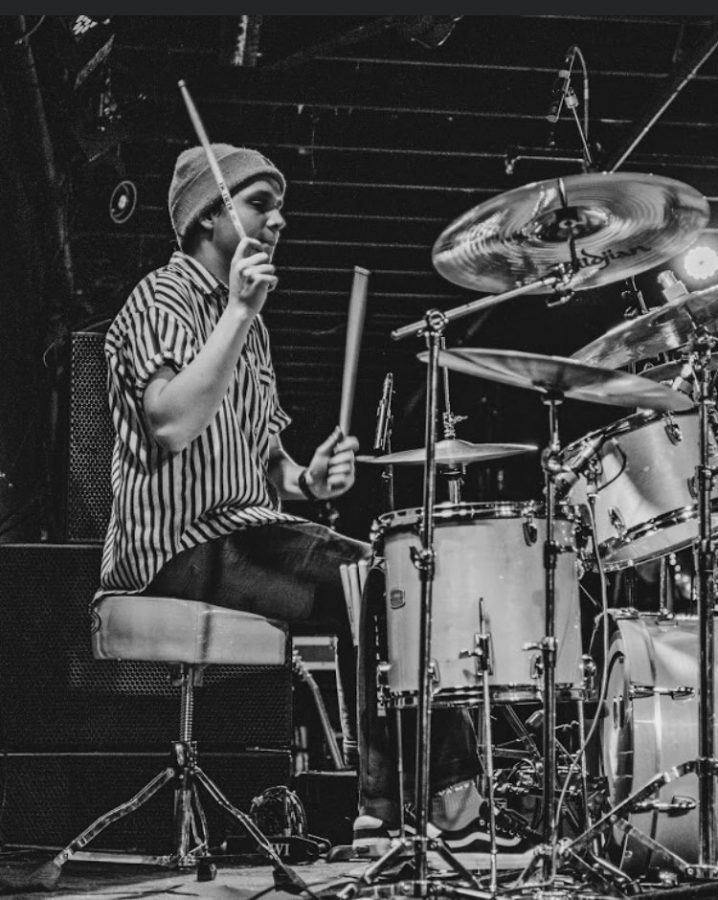 Greg is a junior construction management major here at RWU and is a drummer.

“Music takes a while to learn, and even if you don’t and you’re just starting… we want [you] to come. The more people, the more music we can have.”

These words came from an interview with Greg Tocket, the president of the Musicians’ Guild, when asked what his experience with playing an instrument has been like.

Tocket is a junior construction management major from Sea Girt, New Jersey. He has been playing the drums since he was in the fourth grade.

“I grew up playing the drums for my whole life. The Musicians’ Guild doesn’t assign any instruments, so you can play anything you want, but I stick with drums,” Tocket said.

He gravitated towards the drums because his father played them when he was a kid. Tocket decided, because of this exposure, to take it on.

Tocket also discussed how he looks up to various drummers and bases his playing off 60’s funk, jazz and other rock genres.

He considers music as a great artistic outlet and place for self-expression.

“It’s a way to keep yourself occupied… It’s an enjoyable art form. I use it to provide something that I enjoy throughout the day.”

When asked about how his past experiences with Musicians’ Guild have been, Tocket discussed his first year experience and how welcoming the upperclassmen had been. Now, after being the club’s vice president last year and this year’s president, he likes to welcome new musicians in a similar way.

Of course, because of the pandemic, his experiences have been challenging in the past few semesters.

“Last year was tough…. It was a big issue trying to get the jam room to work…. But we got it done,” Tocket said.

Tocket also expressed how he likes to figure out and learn how to play new songs because it brings him joy and that songs make you feel all sorts of emotions while in different moods.

When asked about why students should consider joining Musicians’ Guild, Tocket said, “We have Musicians’ Guild as a space for anyone to flow in and out of and to have a set time for people to know that they have a place they can be in order to bring their guitar or drums [or other instruments] and play in a full band.”

Musicians’ Guild meets weekly on Monday nights at 7:30 p.m. in Global Heritage Hall (GHH-01). Whether you are an expert musician, new to an instrument or just want to listen, anyone can go to their meetings! Catch Tocket playing drums with his band, Flourish, in the summer and winter months back in New Jersey. Follow their Instagram account, @flourishbandnj!