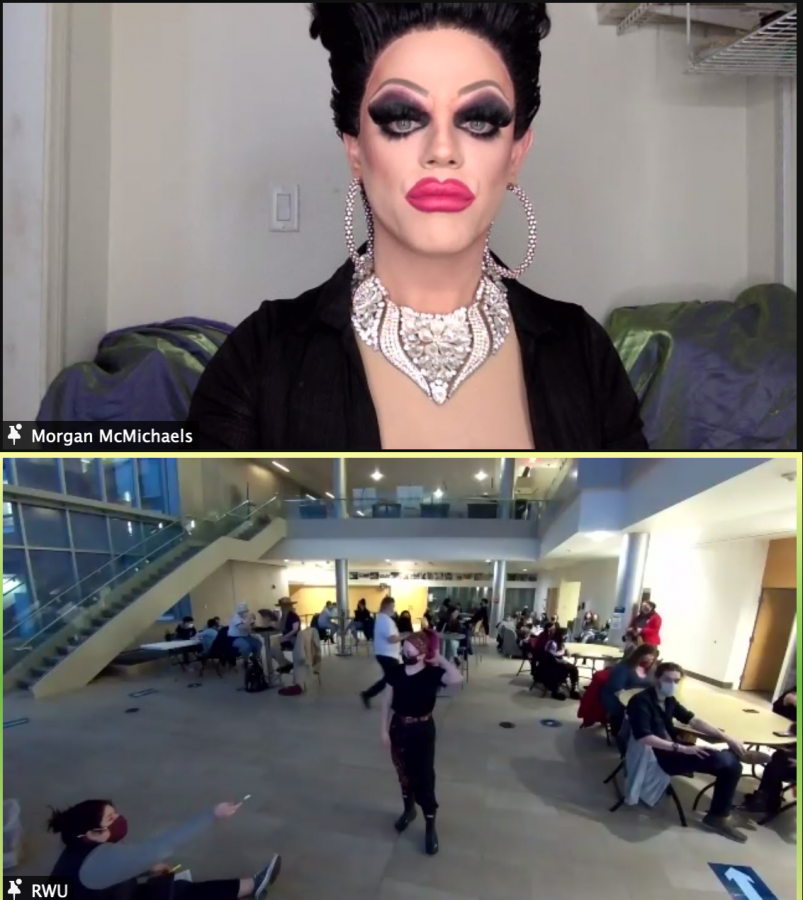 Students had the choice of participating virtually from their residence halls and apartments or joining SAGA members in the Global Heritage Hall (GHH) Atrium. A big screen was set up for students who attended in-person to see everyone on Zoom, including McMichaels. There was also an overflow room in one of the GHH classrooms for those who could not safely distance themselves in the Atrium.

SAGA sent everyone a link to a virtual rainbow bingo sheet, complete with a photo of McMichaels in the middle as the “free space.” For most of the rounds, participants aimed to fill five spaces in a row. However, near the end, tensions began to rise when the rules were changed. For one round, all the outer spaces of the bingo sheet needed to be filled. In the last round, the entire bingo sheet had to be completed.

Winners were able to choose what kind of gendered sex toys they wanted: boys, girls, or non-gendered. While their bingo sheets were checked by SAGA volunteers, McMichaels would answer any questions the winners had, as well as questions those from the audience had. Most were focused on drag and McMichaels’ own experience with it.

Music played as everyone else waited and there was even a brief lip-syncing performance by an audience member to “Toxic” by Britney Spears.

The night was full of good-hearted fun and it provided a nice start to the weekend for students. It was a perfect close to Pride Week.