How do we move on in a post-Trump America? 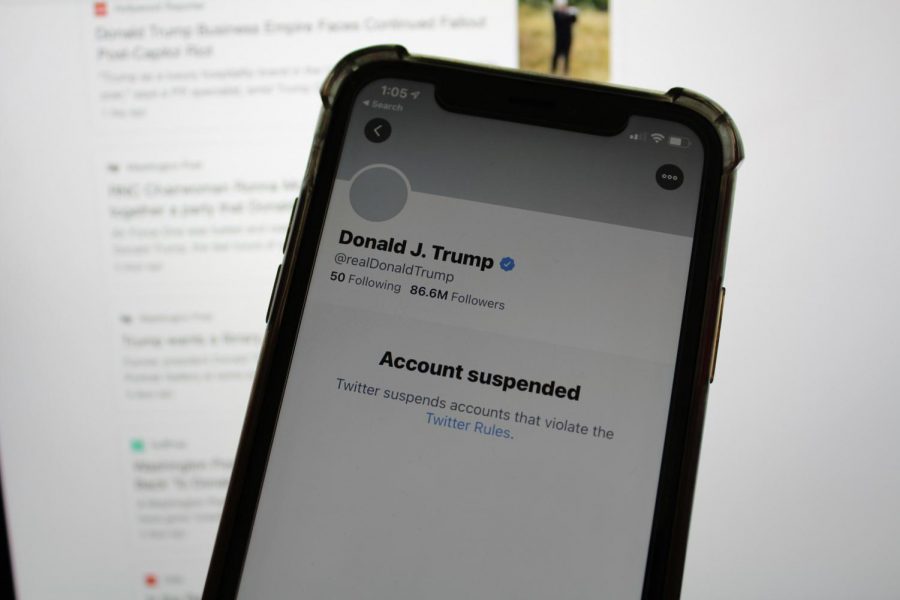 Donald Trump may not have a platform to speak on anymore, but his ideologies still seem to plague our nation.

The orange man is out of the White House, finally. We can all take a breath after holding onto them for the past four years. Donald Trump is gone. He is gone from our TVs and gone from social media. He is but a distant memory. Or is he?

Trump may be out of Washington D.C. but the impacts of his actions still live on in American society. We will not be able to fully get back to the democracy we knew before Trump took office. Democrats and Republicans have always butted heads but as a nation, we survived. The Trump Republicans came through our country like a tsunami leaving chaos in its wake.

So how do we move forward? How can we as a nation pick up the broken pieces of our democracy? Inaugurating a new president is a step in the right direction but it only serves as a Band-Aid that lays upon a deep wound.

The transition of power was not entirely peaceful. Our nation’s fundamental principles were treated like an option and not a requirement. Trump views himself as above the law and frankly, it is beginning to feel like he is. He spits on the process of fair and free elections and defies our First Amendment rights. He created an environment filled with racism, injustice and inequality.

Trump serves as a puppeteer to those who follow him, making their every move for them. Just because he is out of office does not mean he has put down those puppets. They live on in our society, continuing his disregard for peace and order. These people are the reason we cannot move on and leave Donald Trump in the past. His ideas live on.

Some may argue these people were in our society before Trump, so what is different now? Trump created an America filled with hatred. He made it seem okay to be a Proud Boy or a member of the KKK. The once hidden minority has now risen up to think they are above the law. They stand in the streets with AR-15 style weapons, weapons of war they deem necessary to display on a town’s main street.

Does this not anger you yet? How about Kyle Rittenhouse? The 17-year-old boy who murdered two people and injured another in Kenosha, Wisconsin. He was treated like he was innocent of any wrongdoing by several people who have platforms on television. Tucker Carlson, Ann Coulter and Mike Lindell, yes the man who wishes to sell you a $50 pillow on his repeated commercials, all praised Rittenhouse’s actions.

Incidents such as the Kenosha shooting feel commonplace. Rittenhouse is just one of multiple people who participate in the same actions. These people are still here and still part of American society. They are the residue of Donald Trump.

This incident among others is why we cannot fully move toward a pre-Trump world. We must move forward, but how do we do it?