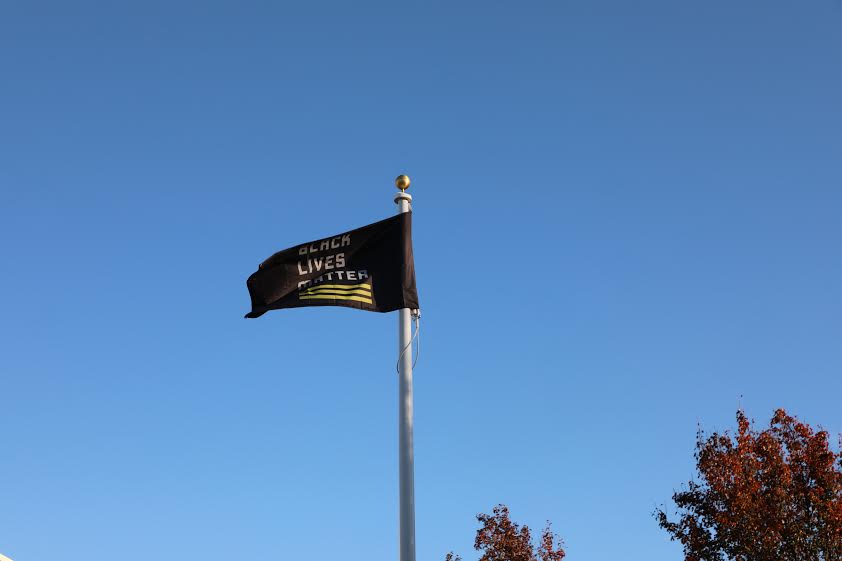 President Miaoulis defended his decision to not send an email following the Oct. 26 incident in the Black LLC at the Senate meeting Monday.

President Ioannis Miaoulis responded to the Senate resolution that demanded he make a public comment on the Oct. 26 incident in the Black Living Learning Community (LLC) and spoke with students directly about what they want from him moving forward.

“I feel very close to the students and close to the Senate and I feel like we’re a team,” Miaoulis said. “So to be honest I was disappointed to get a resolution and a demand because normally we talk about things.”

Miaoulis did not send out any correspondence about the incident, which involved a white student living in the Black LLC hanging up a Blue Lives Matter flag on the outside of his door. The incident received major backlash on social media and Vice President of Student Life John King sent an all-student email addressing that the incident is under investigation. Miaoulis’ initial lack of response prompted the Student Senate to demand communication from the president himself.

In the Nov. 16 Student Senate meeting, Miaoulis took the time to speak directly with students about his reasoning behind the decision to not send out a statement following the incident. He stated that King’s email expressed the same beliefs he has, so he felt it was not needed at the time.

Student senators and students attending the meeting were given the opportunity to ask the president questions.

Student Senate Parliamentarian Kayla Natalo spoke to the president about why the Senate passed the resolution and why it is important.

“I think it is important to do more and take more action,” Natalo said. “We took action by passing this resolution because as the Student Senate, as the body of students who are representing the students, we feel that it is important to hear from you directly, the president of the university.”

Miaoulis echoed sentiments from King that the incident should never have happened.

“We’re supposed to make sure that everyone that lives there has similar beliefs and values and it was a mistake. Residence Life has changed the LLC procedures going forward,” Miaoulis said.

Director of Residence Life and Housing Abbas Hill takes responsibility for the incident on behalf of his department.

“The student was assigned to one of the empty spaces in the Black LLC as a result of the space restrictions the university was faced with due to the impacts of COVID-19, which contributed to a waitlist that we were working to serve at that time,” Hill said. “Unfortunately, the student did not complete the application and agreement for the Black LLC to provide them with awareness of the purpose and learning goals of the community.”

Students who apply to an LLC must be approved by the LLC coordinator moving forward, to ensure that this situation does not happen in the future.

Miaoulis said he does not want to send too many emails to students and have his messages lost. He has promised to send an email to all students at the beginning of next semester where he will talk about this incident. At this time, he is giving students the opportunity to share what they think would be beneficial to add to that email.

“What I’m asking you to do is work as partners together to move this university forward in the era of equity and inclusion,” Miaoulis said.