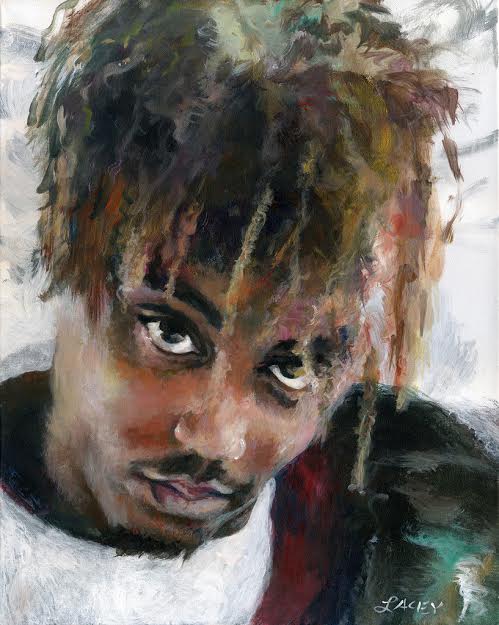 On Dec. 8, 2019, the music world was hit with tragic news. Rapper Juice WRLD passed away after having a seizure at Chicago Midway International Airport minutes after deboarding his plane. This was less than a week after his 21st birthday. People all around the world flooded social media with their condolences, prayers and messages about what his music meant to them. Over a month later, it was announced he had died from an accidental drug overdose.

Earlier this summer, the music world was hit with some more major news surrounding the late rapper. Headlines read Juice WRLD’s new album, “Legends Never Die,” was expected to drop July 10. At midnight on its release date, people immediately began listening to it and sharing their opinions and favorite songs. Within a day, it was on track to debut at number one with people saying it had the potential to be the album of the year. In its first week, it had just under 500,000 sales at 497,000 and indeed debuted at number one. According to Complex, the album had the largest streaming week of 2020 and fourth-largest of all time. It has now been almost three weeks since the album dropped and it has sat atop the charts during all three weeks.

The album opens with a monologue called “Anxiety-Intro” in which the late rapper talked about his struggles with anxiety and substance abuse, relaying how his money and fame didn’t make him happy. He included how materialistic things meant nothing to him and mentioned not enough people talk about these issues, saying he’s proud of himself for making music that discusses them. The monologue finishes with him saying, “Before I get up out of here, I wanna tell you that you can do anything you put your mind to, period. As long as you work hard, give it your all and don’t listen to what anybody got to say. It’s your world, you can do whatever you want, on bro, period. Always remember that I Love every single last one of y’all, everybody get home safe, gang, gang.”

Along with the first song of the album, the last song is a monologue as well. While the first was very emotional, the second one topped that and was almost chilling to listen to. The name of the last song is “Juice WRLD Speaks From Heaven – Outro.” In the song are more recordings of him over sad music that say: “I’m actually FaceTimin’, not FaceTimin’, I’m slow/I’m on Instagram Live from Heaven, huh/I made it y’all, I’m up here, I’m boolin’/Haha, I love y’all to death, um/How can I ask for better fans or supporters?/For sure, I love all y’all to death, 999/Forever.”

Another notable song on the album is “Wishing Well,” which is all about his experience with mental illness and drug addiction. Many say it’s the best song on the album. If you haven’t listened to his album already, be sure to check it out. “Legends Never Die” has affected people in so many different ways.