Club of the Week: Science Alliance 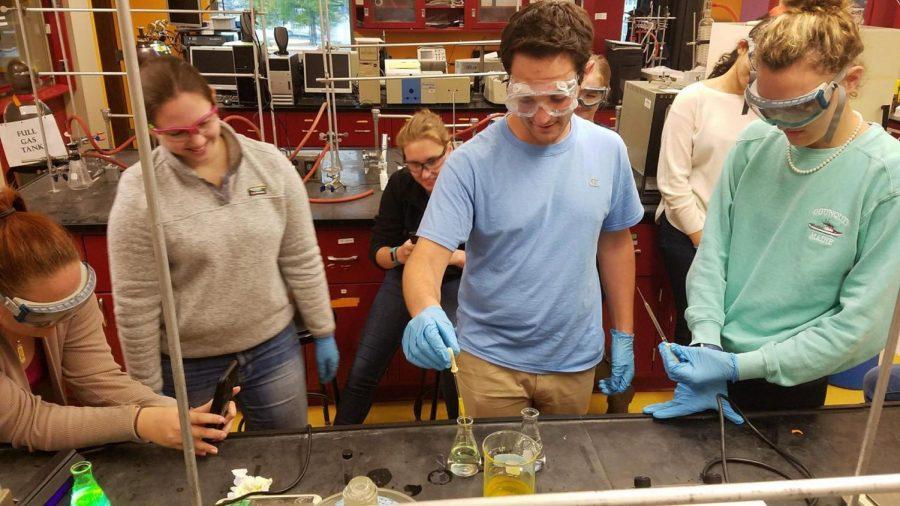 In order to form Science Alliance, two clubs became one. At the end of the past academic year, American Chemical Society (ACS) and American Society for Biochemistry and Molecular Biology (ASBMB) made the decision to merge into one club with a common goal: expanding interest and achieving unity among all sciences.

The club is still affiliated with ACS and ASBMB, as evidenced by the group of students they are sending to the ACS conference this year.

Science Alliance hosts events such as movie nights, trips to the Museum of Science, the Observatory at Brown, and more. The club has partnered with Multicultural Student Union, The Department of History and American Studies, and the Physics Department to host these events.

The club has participated in community outreach projects to increase diversity in STEM (Science, Technology, Engineering, and Math) fields and to complement science education. They also judge at the Mount Hope Science Fair and partake in Science Night at Colt Andrews School, where they show demos.

Meagan Hackey, the president of Science Alliance, is a staunch advocate for women in STEM fields.

“There is a dramatic discrepancy between women and men involved in STEM fields,” Hackey said. Through increasing conversation on this imbalance, Hackey hopes to advocate for women in STEM.

As part of this effort, the club participates in STEM for Girls, a workshop for middle school girls.

Another goal of the Science Alliance is to build a community that encourages science education.

“After middle school, the interest in science wanes,” Hackey said. “Science is where a lot of jobs in the future are headed. So, we encourage students to stay involved in STEM fields.”

Members of Science Alliance also concern themselves with issues of climate change and public health.

“In the future, we are hoping to expand our engagement on campus outside of MNS to host discussions on current science topics in the news or have lecturers talk on science communication and public acceptance of science,” Hackey said. “There are a lot of things going on in the news, but I know that many of our members are passionate about reversing the effects of climate change and increasing public awareness of its effects on our health.”

Hackey also stressed the role science plays in disaster relief, such as efforts to aid victims of Hurricanes Jose and Maria.

“This is an area where scientific advancements are needed to generate clean drinking water and remediate chemical spills,” Hackey said.

The club meets every Tuesday in MNS 214 at 5 p.m. According to Hackey, club members come from a variety of majors, including education, forensic science, marine biology, and even psychology.

Members are currently looking forward to seeing Bill Nye at the University of Rhode Island on Oct. 20.