A$AP Ferg and 3OH!3 to perform at annual spring concert 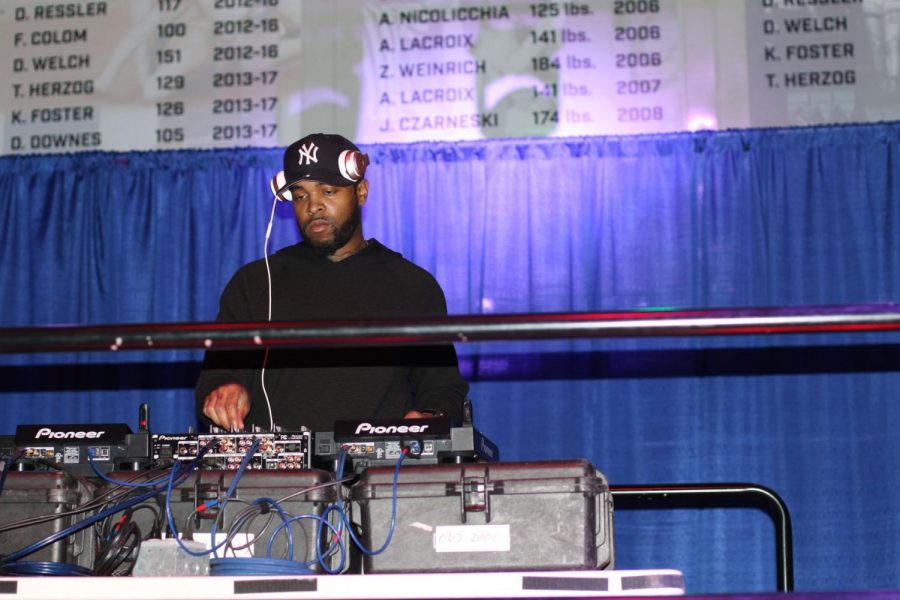 At its annual release party, Campus Entertainment Network (CEN) announced that the Spring Concert will be headlined by rapper A$AP Ferg, while electronic music duo 3OH!3 will perform as the opening act. The final comedian will be SNL’s Pete Davidson.

As CEN kicked off the Jurassic Park themed week, anticipation grew as the organization gradually removed artists off of its Spring Concert teaser Spotify playlist.

At the release party, which was held on the night of Friday, March 23, students lined up waiting to get through the doors. With prehistoric mocktails and Jurassic decorations, the group of students watched the countdown.

DJ Sliink, the featured artist, began his entertainment shortly after. DJ Sliink, 27, is from New Jersey.

“Sliink came from the Toy Story movie, the slinky dog. It’s one of the hardest things to do, picking a DJ name,” DJ Sliink said.

He began his DJ work in 2006 after having watched his younger brother produce and DJ.

Having been inspired by music producer Skrillex, DJ Sliink has a similar vibe.

He has performed internationally in countries like France, Israel, Russia, Australia, and England. He mentions that traveling is one of his favorite parts about the job.

“I love meeting new people wherever I go,” Sliink said regarding what he loves about his job. “I am looking forward to the cool stage tonight and how it lifts up.”

The field house was uncrowded for the majority of the evening, though the students there were dancing and laughing. People rocked out as the bass dropped and while they sipped on their mocktails.

With 10 seconds left on the clock, the field house began to fill up and everyone began crowding together to watch the video that was about to announce who will be performing at the Spring Concert on April 26.

In the announcement video, all three performers were featured saying how excited they were to be coming to Roger Williams.

“I don’t know a lot of A$AP Ferg’s music, but based on how hyped the crowd was, it will be super fun,” said sophomore Tom Schmidt. “Also, I can’t wait for the comedian.”

DJ Sliink finished the night with another set while students gradually left talking about how excited they were.

The Spring Concert will be held on April 26.