Nothing in his way 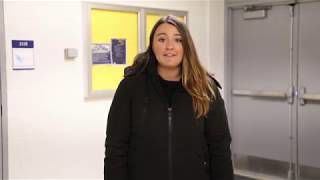 When he was seven years old, senior Chris Bartorelli fell extremely ill. But doctors couldn’t figure out what was wrong with him.

After collapsing one day, doctors ordered a number of tests and finally found a diagnosis—a tumor in his spine.

Two days later, he went in for emergency surgery to initially remove it, but the tumor has grown back several times since then. Bartorelli has undergone multiple surgeries, radiation and chemotherapy in hopes to combat the tumor.

“It’s always kind of been there. It’s grown back very quickly after [surgery and treatments]. They’ve never been able to fully remove it because of its location,” Bartorelli said.

If doctors did try to completely extract the tumor, there would be a high risk of paralysis, which Bartorelli is trying hard to avoid.

“When I was growing up, I made it very clear to my doctors whatever they were going to do wasn’t going to interfere with me playing [baseball],” Bartorelli said.

Bartorelli said that he’s been playing baseball his whole life and said his parents recall him having a bat in his hands before he could even walk.

“[The sport] has formed and molded me into who I am actually. It’s always been a part of me,” he said. “I knew I wasn’t going to be able to play, but I just wanted to find a way to be around the game I love.”

When he entered RWU his freshman year, he approached Head Coach Jason Tower about becoming a member of the team.

“The chemistry was good and he was super helpful right off the bat. The kind of guy that did whatever needed to be done,” Coach Tower said.

Coach Tower and Bartorelli agreed on him becoming the team manager, which has evolved into his newer title of student assistant.

“As we’ve gone, he’s taken on a little bit more responsibility with helping with some of the video and he’ll point things out on the charts that should be brought to my attention or someone’s attention,” Coach Tower said. “It’s gone from, ‘Hey, can you do this? Here’s how to do it,’ now to he takes over and does it all himself.”

Bartorelli does whatever is needed of him during practices and games, but his main responsibility has been keeping charts for pitchers and hitters.

“You’re not going throw a pitcher out there who can’t throw a solid ball to strike ratio or even can’t throw strikes or can’t get hitters out,” Bartorelli said.

Coach Tower noted that Bartorelli has become a leader on the team and teammate, and fellow senior Anthony Dominguez agrees.

“Chris plays a major role on our team… we love having him around at practice,” Dominguez said. “We have 13 core values as a baseball team and fits into every single one of those.”

Bartorelli’s biggest goal was to become a college athlete and the RWU baseball team helped that dream come true. He’s looking forward to getting on the field for one more season with his brothers.