Historical Fiction, Real-Life Thriller And Lovable Characters To Round Out Your Reading List 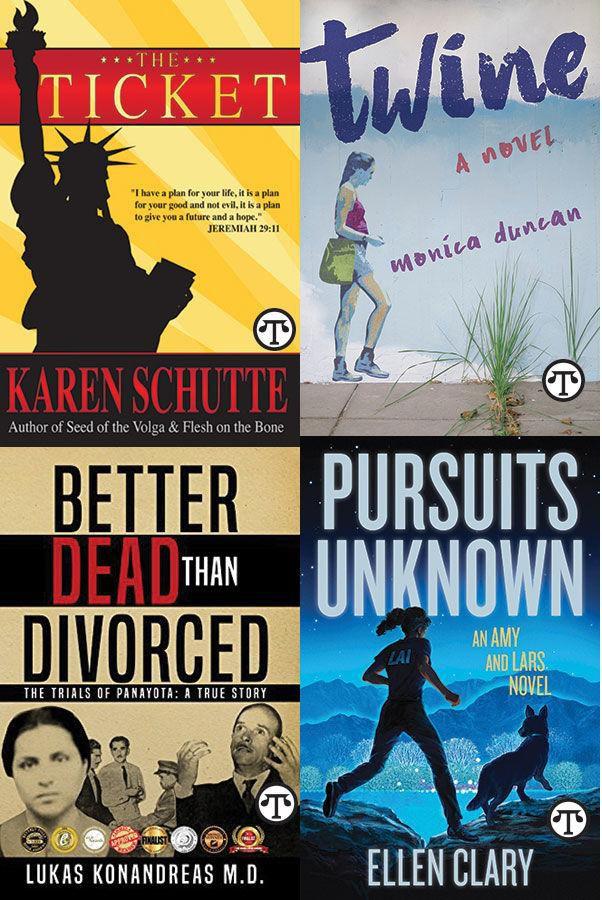 Historical Fiction, Real-Life Thriller And Lovable Characters To Round Out Your Reading List

(NAPS)—A touching account of a true American family, filled with ambition, promises, love, loss and a legacy of survival. Destined to a life of servitude, Karl Kessel, a turn-of-the-century German immigrant from Yugoslavia, receives an unexpected gift: a ticket to America. Grasping his dream, he leaves behind his wife and two sons.

In her debut historical novel, the first of a trilogy, Karen Schutte spins a compelling family story woven with rich historical detail. Her nuanced and unvarnished narrative exposes the harsh realities of life in the last century as the Kessels make their journey. Purchase at

“Better dead than divorced,” responds a young wife to those who urge her to divorce her adulterous, manipulative and abusing husband, who plans to kill her. She knows about his evil intentions and she is urged to leave him. But her love, devotion and societal prejudice against divorced women make her stay.

And dead she ends up by a commissioned assassin. Her cousin, a principled man, fights beyond his modest means in a corrupt system to get justice. The author delivers a real page-turner. Purchase at

When Juniper Kowalski, a mediocre artist and graduate of one of the best art schools in the country, gets pregnant by her married lover, she ends up back in Gobles, Michigan, living in her dead grandma’s trailer. She fears that her new life as a hotel maid, and as the best friend of a sub-rural call girl, has fulfilled some bleak fate. But Juniper’s pregnancy also ignites a will to create. Every hurt that she’s ever suffered begins to emerge as confrontational, public art.

“Twine” celebrates a quietly radical view of small-town life, ambition and motherhood. It’s the story of a young woman who needs no hero—and what she does when he shows up anyway. Purchase at http://bit.ly/2LxoUHF.

Amy and her Kelpie-shepherd mix, Lars, work with a search team that specializes in finding lost people. Lars is no ordinary dog. He and Amy have a telepathic connection that lets them communicate and increase their success rate.

When the two are tasked with finding a missing scientist, they discover him suffering from an Alzheimer’s-like disorder “disorientation,” and quickly realize this is not a typical case. Instead, this assignment appears to be an attempt to steal the man’s highly sensitive research on nanotechnology—which, in the wrong hands, could be used to wipe out “undesirables” from their overpopulated world. Forced to go undercover to seek out the truth, Amy will have to confront—and surpass—her own limitations. Purchase at https://amzn.to/2FZJCeX.

BookBites is a continuing series bringing readers information and ideas for their next read. For more reading ideas, visit BookTrib.com, where readers and writers meet, and subscribe to the weekly newsletter.

“Round out your reading with the historical fiction, real-life thriller and lovable characters in “The Ticket” by Karen Schutte; “Better Dead Than Divorced” by Lukas Konandreas; “Twine: a Novel” by Monica Duncan; and “Pursuits Unknown” by Ellen Clary. http://bit.ly/33xB9JZ”