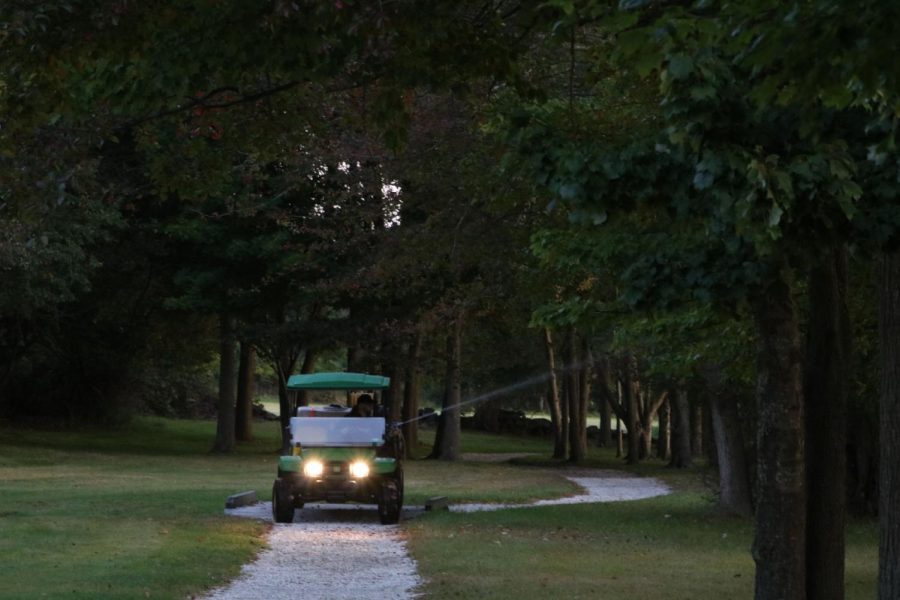 Eastern equine encephalitis (EEE) is a mosquito borne illness that is rare but deadly. According to the Rhode Island Department of Health, three people have contracted it this year in Rhode Island and one of those people has died. Across the state, many have taken precautions to fight the spread of mosquito larvae.

“Within the past two weeks, the threat has increased with the new cases in Rhode Island,” Director of Environmental Health and Safety Kathleen Souza said. “Although it occurs every year, it’s heightened in Rhode Island this year.”

Mosquitos are naturally attracted to standing water, low-hanging trees and dark areas. It was these places that the university chose to be sprayed. The entire perimeter of campus was sprayed, along with standing water by GHH, Bayside and other areas. The area around the rugby field was also sprayed.

“It’s great to hear the school is protecting us on a larger scale,” said Vincent Neubert, captain of the men’s rugby team. “Personally, it was not too much of a worry to me but I’m glad that steps were taken to decrease the likelihood of it coming to campus.”

Neubert also mentioned the school has given out bug spray for practices.

The spray used on Saturday was an all-natural mixture of oils that mosquitos do not like.

“The school was looking at the best product available that would not cause any potential health risk to any students, faculty, staff,” said Grounds Supervisor Matt Clement. “It also doesn’t hurt any aquatic life.”

According to Clement, the threat of mosquitoes with EEE does not go away until the first hard frost of the year.

“If we have a good hard frost, we’re done. But as it looks right now the forecast looks pretty nice,” Clement said.

He also mentioned that the spray used is effective for 21 days and they might spray again if the threat is still high at that 21-day mark.

Souza said while the school has taken the proactive measure and sprayed, taking personal measures while outside is still the best thing to do.

“Personal protection is the best protection,” Souza said. “Long sleeves, long pants, bug spray. You can take your own precautions.”