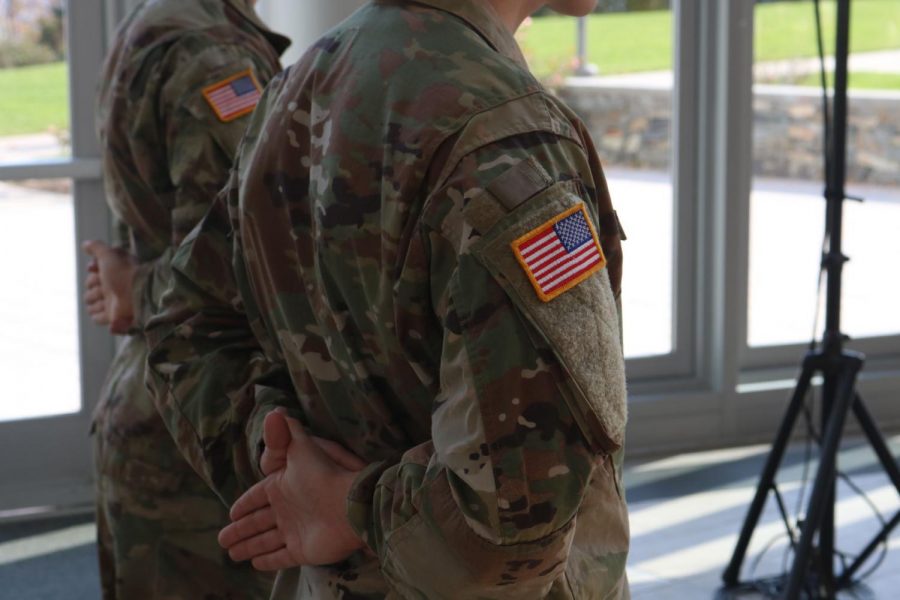 ROTC members were present at an on-campus ceremony for Veterans Day.

Recent discussions on campus have revolved around the idea of making Veterans Day an official school holiday. Earlier this year, the Student Senate brought it up as an open debate topic. Much of the discussion was based on questioning why the school currently does not have the day off.

While speaking at a Student Senate meeting on Nov. 13, President Miaoulis expressed his views against having the day off and instead offered support toward increased school-wide participation.

“It is something we should celebrate, be part of and think about, a day off doesn’t do that,” Miaoulis said. “If you really want to have a day that you want reflection, you should be programming the university and [have] active participation.”

Some discussion around campus has also centered around the question of why the school gets Columbus Day off and not Veterans Day.

“I think it’s a little bit ridiculous that we say we have a commitment to veterans in our communities, but one, we don’t take this day off to honor it, but at the same time we have a whole entire weekend and a day dedicated to a mass murderer, Christopher Columbus,” said senior David Hayes.

Hayes is also in support of changing Columbus Day to Indigenous Peoples’ Day throughout campus. This change is a resolution that was passed by the Student Senate in previous years, but still has yet to see any implementation from the Board of Trustees or administration on campus.

Generally, some on Student Senate were in support of having Veterans Day off, yet were concerned having it off did not necessarily lead to more students honoring the day.

Senior Adam Rose explained if the day is not given off, he believes the university should work to allow an absence policy to let students attend the pre-existing ceremony put on by the university, as many have to miss it due to class. He also suggests if the day is not recognized as a school holiday, there should be an increase of events and with it, more participation.

“Even if they did a small service on the day of… and invited some of the veterans from around the community to come and attend… like a veterans expo where people could share their stories,” Rose said.