What Is Lurking In The Pork Sold At Walmart Stores? 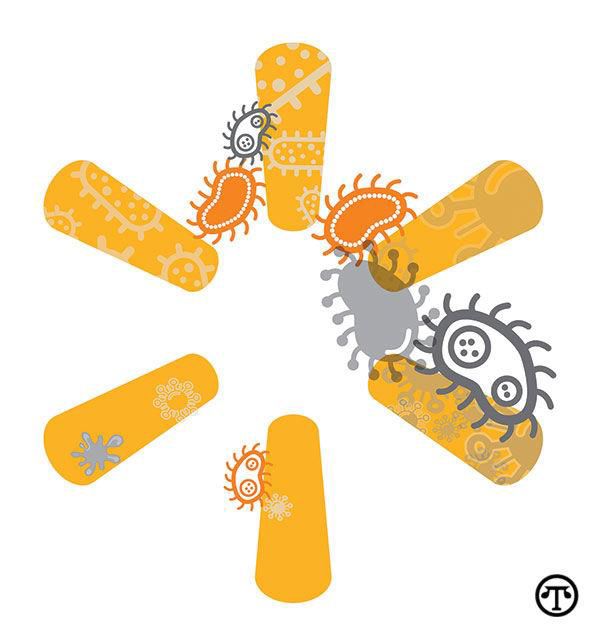 What Is Lurking In The Pork Sold At Walmart Stores?

(NAPSI)—When Sir Alexander Fleming discovered penicillin in 1928, the average U.S. life expectancy was around 57 years. Today, largely thanks to the era of antibiotics that he created; life expectancy now stands at 79.

The discovery of antibiotics is considered one of, if not the single, greatest achievement in therapeutic medicine. But we stand to undo all this historic work through our rampant overuse of important medicines, and nowhere is this misuse more obvious than in the farming sector.

While use of antibiotics as growth promoters in animal feed and water has been increasingly phased out in the United States, approximately 70% of all medically important antibiotics in the U.S. are still sold for use in animals and around 39% is taken up by the pork industry specifically.

This routine use is contributing to the rise of so-called “superbugs”—bacteria which are resistant to antibiotics causing medicines to become increasingly less-effective—a crisis that the World Health Organization (WHO) has called “an increasingly serious threat to global public health that requires action across all government sectors and society.”

Testing recently conducted by World Animal Protection and researchers at Texas Tech University found antibiotic resistant E. coli, Listeria, Salmonella and Enterococcus in pork sold at Walmart—the world’s largest company by revenue. Roughly 27% of the resistant bacteria found in Walmart’s pork were resistant to classes categorized as Highest Priority Critically Important Antimicrobials (HPCIA). HPCIAs are antibiotics where there are few or no alternatives to treat people with serious infections. The Food and Agriculture Organization of the United Nations (FAO) recommends that these classes should never be used in animal agriculture, but evidently they are.

To put this in perspective we also tested the pork of another leading national retailer and none of the samples contained bacteria resistant to antibiotics considered critically important or HPCIA.

Pork producers use large amounts of antibiotics as a result of low-welfare practices and conditions. Mother pigs (sows) are routinely given antibiotics to prevent them from succumbing to urinary, hoof, vaginal, and shoulder infections as a result of the stress and injury caused by close confinement and poor living conditions. Quite simply treating the animals better can lower their risk of disease.

One of the major differences between Walmart and the second retailer whose pork we tested is that Walmart has not yet committed to a timebound phase out of gestation crates in its supply chains, whereas the second retailer has. Gestations crates are physical restraints that prevent mother pigs from being able to take more than a couple of steps or turnaround. Sows are placed in these prison cells for weeks on end and according to a recent World Animal Protection survey 84% of Walmart customers want to see these cruel cages banned.

Unlike Kroger, Target, and Costco which have all agreed to phase out gestation crates, Walmart is moving even further in the wrong direction, and through its membership with the North American Meat Institute is currently suing the state of California to overturn its 2018 anti-confinement ballot initiative, Proposition 12. This landmark package of welfare measures was supported by 61% of voters in the state and will go a long way to easing the suffering of millions of pigs by scrapping gestation crates and ending the sale of pork from pigs raised in crates. But Walmart wants it overturned.

Walmart needs to get with the times. The public is overwhelmingly opposed to the confinement of mother pigs in metal cages and will not tolerate companies that put their health at risk through the overuse of antibiotics.

The spread of antibiotic-resistant bacteria is a global public health crisis, leading to longer durations of illness, higher hospitalization rates, and greater mortality. The U.S. Centers for Disease Control and Prevention has warned that the post-antibiotic era is here, where common infections and routine surgeries may once again be life-threatening.

Walmart must Care More, Do Better for pigs, people, and the planet by immediately making a public commitment to source pork only from suppliers that provide open housing.