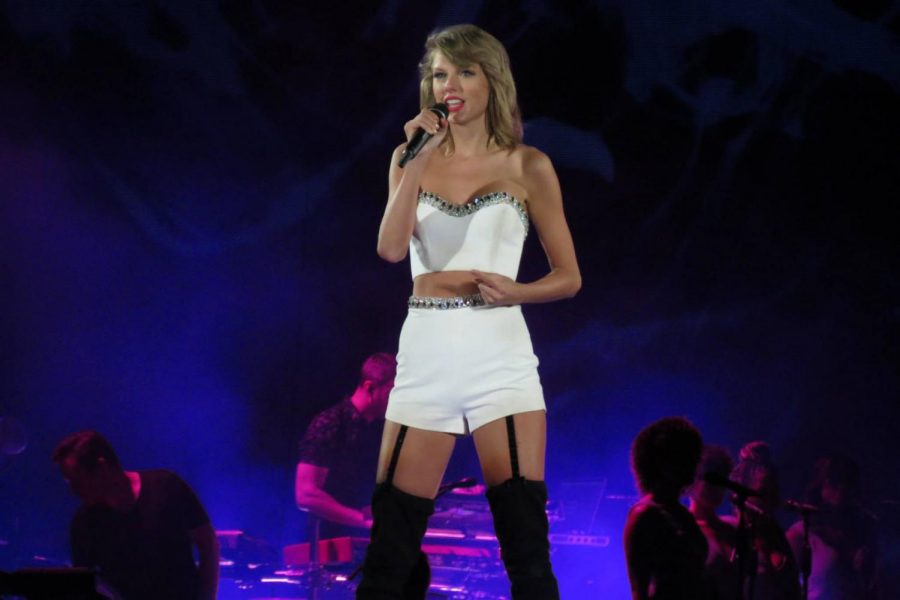 Taylor Swift performing at Gillette Stadium in August 2015 during her 1989 World Tour. Swift struggled with her body image and self-care.

Taylor Swift’s new Netflix documentary digs deeper than following the production of the 30-year-old musician’s songs. Between learning about self-care, speaking your mind and working as hard as you can, Swift gives her audience the motivation and courage to follow in her footsteps.

“Taylor Swift: Miss Americana” starts with the beginning of Swift’s career as a country singer and finishes with her career as a pop artist. Throughout the different phases of her profession, Swift spoke of needing to be thought of as good, which ultimately became her moral code during her youth and part of her adult life.

“I became the person everyone wanted me to be,” Swift said in the film.

Wanting to be known for being good and doing the right thing was hard to maintain when people had varying opinions about her. Swift was so fulfilled by people’s approval that when the 2009 Video Music Awards (VMAs) came around and Kayne West disparaged her on stage for winning, the incident acted as a catalyst for a lot of psychological issues.

The concern of not feeling like she belonged on that stage caused her to work harder to show that she belonged. Yet, dealing with West’s inappropriate remarks and receiving body image comments on social media left Swift overwhelmed.

She described her fame saying that the more prominent she became, the more the magnifying glass zoomed in on her life and criticized her. Swift was either too skinny or had a big stomach, according to social media. When she saw images of herself she didn’t like, she would exercise a lot, not eat a lot and starve herself.

“You don’t know you’re doing it when you do it gradually,” Swift said in the documentary.

To remain positive, Swift forced herself to stop looking at pictures of herself and people’s comments online and said it’s better to be a little heavier than to look sick. Reinforcing the idea of positive body-image and self-care, Swift spoke of continually not listening to others’ opinions on her physical appearance.

The documentary also showed Swift voicing her opinions in the political world. Throughout her time as an artist, Swift was told, “don’t be like the Dixie Chicks,” a group of three singers whose fame fell after they made a political comment about former President George W. Bush during one of their shows. Although urged by her managing team not to, Swift broke her political silence when she spoke out against then Tennessee Senate candidate Marsha Blackburn, who she believed opposed gay marriage and voted against the Violence Against Women Act, which protected women against stalking, rape and other circumstances.

Swift’s political outspokenness had an immense response in Tennessee when 51,308 new voter registrations occurred in the next few days after her post. Swift knew her move was risky, since expressing a political view on the internet harmed a celebrity’s reputation more than the average individual’s.

“Miss Americana: Taylor Swift” is an inspiring hour and 25-minute documentary. Watching the progression of Swift’s career and seeing all that she’s done shows there is no mountain this musician can’t overcome. This documentary film is for both fans and non-fans, since Swift focuses as much time on her music as she does on her idea of healthy body image and the importance of political activism.