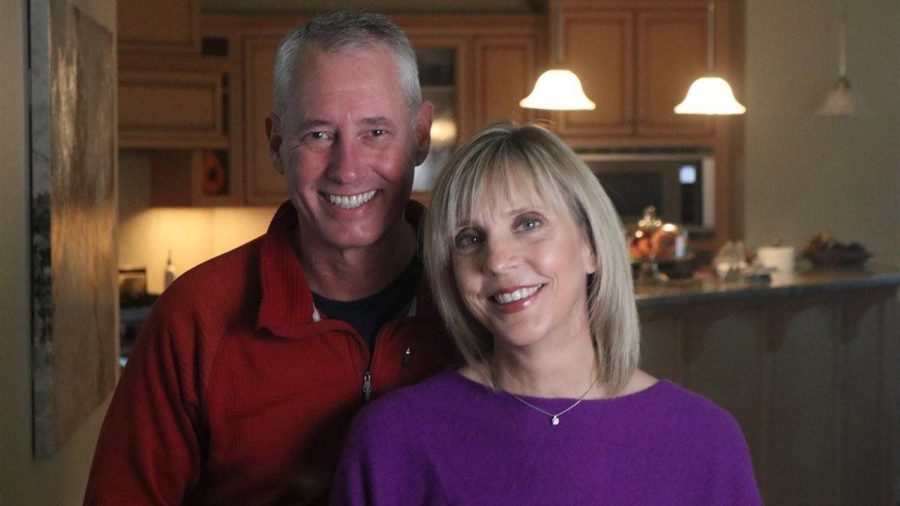 In recent years, remarkable progress has been made for people with lung cancer. Precision, targeted and more personalized therapies are changing what it means to be diagnosed with Stage 4 lung cancer for some patients, giving rise to new hope for people living with this disease.

When Marcy, a wife and mother in Gig Harbor, Washington, was diagnosed with Stage 4 epidermal growth factor receptor (EGFR)-mutation positive non-small cell lung cancer (NSCLC) at 50, her life came to a standstill. “The diagnosis was crushing,” said Marcy. “I think everybody who is diagnosed with cancer is overwhelmed. Being a mom of three teenagers, I didn’t spend a lot of time on myself. And when I went to the cancer center they said, ‘You know, you really need to focus on yourself’.”

Little would she know that soon she’d be treating her disease with a once-daily pill.

Approximately 80-85% of all lung cancers in the US are NSCLC – so named because it begins in the larger cells in the lungs, such as those in the airway. EGFR mutations occur in up to 23% of people diagnosed with the NSCLC subtype, adenocarcinoma.

The FLAURA trial was a Phase III trial conducted in patients with metastatic EGFR-mutation positive NSCLC; patients were treated with TAGRISSO or one of two comparators, erlotinib or gefitinib. TAGRISSO® (osimertinib) is a prescription oral treatment for metastatic NSCLC with certain abnormal EGFR gene(s). Previously, the trial showed a statistically significant and clinically meaningful improvement in median progression free survival (PFS) (18.9 months) compared to first-generation EGFR-TKIs gefitinib or erlotinib (median PFS 10.2 months). In a clinical trial, PFS is an important outcome and measures the length of time patients are on treatment before their cancer starts growing or spreading.

Data from the FLAURA trial released at a medical conference found that TAGRISSO demonstrated increased overall survival (OS) compared to erlotinib or gefitinib in patients with metastatic EGFR-mutation positive NSCLC. OS is another important outcome and a way to measure how well a treatment works. OS is the length of time people are on treatment and still living. OS is known as the gold standard in oncology clinical trials, including those for lung cancer, and is a strong and precise endpoint, as it requires having more patients and longer follow-ups compared to other clinical trial endpoints.

TAGRISSO delivered a median OS of 38.6 months versus 31.8 months for the comparator arm of erlotinib or gefitinib.Patients receiving TAGRISSO showed a 52% reduction in the risk of CNS disease progression compared to patients receiving erlotinib or gefitinib, a finding that was statistically significant and clinically meaningful. At the time of data cutoff, median months for CNS PFS was not reached for the TAGRISSO arm and was 13.9 months for the EGFR-TKI comparator arm.

José Baselga, AstraZeneca Executive Vice President, Oncology R&D said: “TAGRISSO has set a benchmark in Stage 4 EGFR-mutated non-small cell lung cancer by demonstrating a statistically significant median overall survival of more than three years. We have not before seen statistically significant survival benefits of this magnitude in any global Phase III trial with an EGFR TKI.”

TAGRISSO may cause serious side effects, including lung, heart, eye, and skin problems. Some may lead to death. Tell your doctor if you experience trouble breathing, cough, fever, pounding or racing heart, eye problems, or skin reactions, including severe blistering or peeling. See full Important Safety Information below.

The Importance of Biomarker Testing for Tumor Mutations

Like Marcy, the Stage 4 NSCLC patients in the FLAURA study all had certain EGFR tumor mutations, which were identified through biomarker testing. In Marcy’s case, once an X-ray confirmed she had Stage 4 NSCLC, she took a biomarker test that was positive for a certain EGFR mutation, which made her a candidate for TAGRISSO treatment.

“It’s absolutely essential to have your biomarker testing done,” Marcy said. “Although that waiting period can be quite a bit of time, which is challenging, I’m glad I decided to wait until I knew exactly what my situation was. It was a relief to find out that there were more options available to me than traditional chemotherapy, and I ended up with a targeted treatment that was the right choice for me.”

“You always need to be an advocate for yourself,” said Marcy. “You’re not always going to have the best answers unless you find them.”

Like Marcy, more than 70 percent of lung cancer patients are diagnosed at a late stage (Stage 4), when the disease has already spread to distant areas and is incurable. However, these encouraging data offer new hope to patients, and further emphasize why it’s so important for patients to be proactive in understanding the type of lung cancer they have, and the role tumor mutations play in determining Stage 4 lung cancer treatment.

TAGRISSO may cause serious side effects, including:

Before taking TAGRISSO, tell your doctor about all of your medical conditions, including if you:

Tell your doctor about all the medicines you take, including prescription and over-the-counter medicines, vitamins, or herbal supplements. Especially tell your doctor if you take a heart or blood pressure medicine

The most common side effects of TAGRISSO are:

diarrhearashdry skinchanges in your nails, including: redness, tenderness, pain, inflammation, brittleness, separation from nailbed, and shedding of nailsmouth sorestirednessdecreased appetite

Tell your doctor if you have any side effect that bothers you or that does not go away.

These are not all the possible side effects of TAGRISSO. For more information, ask your doctor or pharmacist.

Call your doctor for medical advice about side effects. You may report side effects to FDA at 1-800-FDA-1088.

TAGRISSO is a prescription medicine for non-small cell lung cancer (NSCLC) that has spread to other parts of the body (metastatic). TAGRISSO is used:

Your doctor will perform a test to make sure that TAGRISSO is right for you.

It is not known if TAGRISSO is safe and effective in children.